Square Point of Sale is the app that made credit card processing available to anyone with a smartphone. Today it has grown into a fully featured point of sale system. Historically being an iOS based app we spent large parts of 2015 improving our Android app, introducing a new visual language and bringing it to feature parity with iOS.

The initial visual direction was established by Jared Marr and The Rivalry, and was then extended into a complete design system. As Square customers might switch between operating systems we wanted to keep the experience consistent across platforms, leading us to reuse some patterns from our iOS app, while still adhering to Android guidelines where suitable. 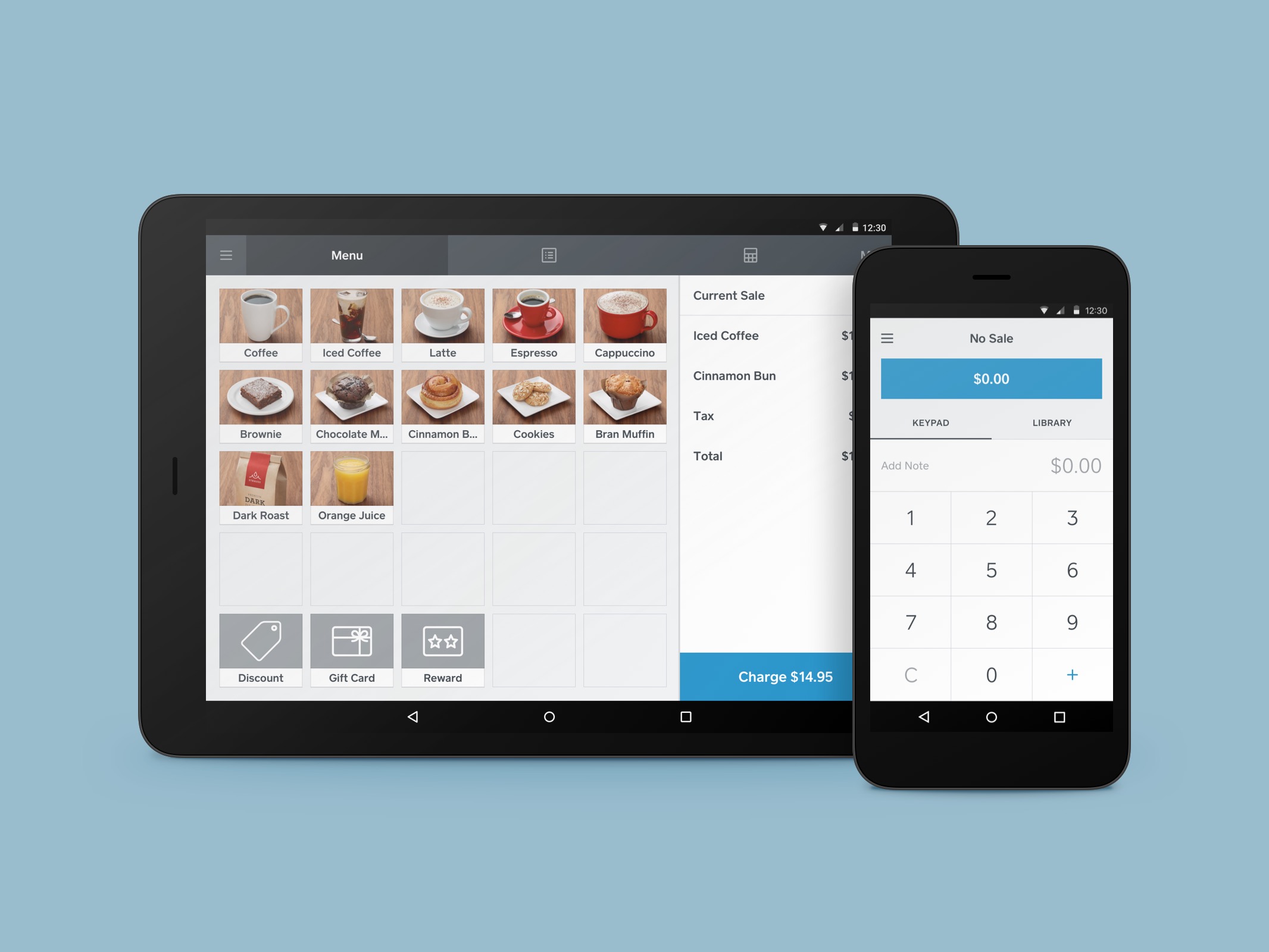 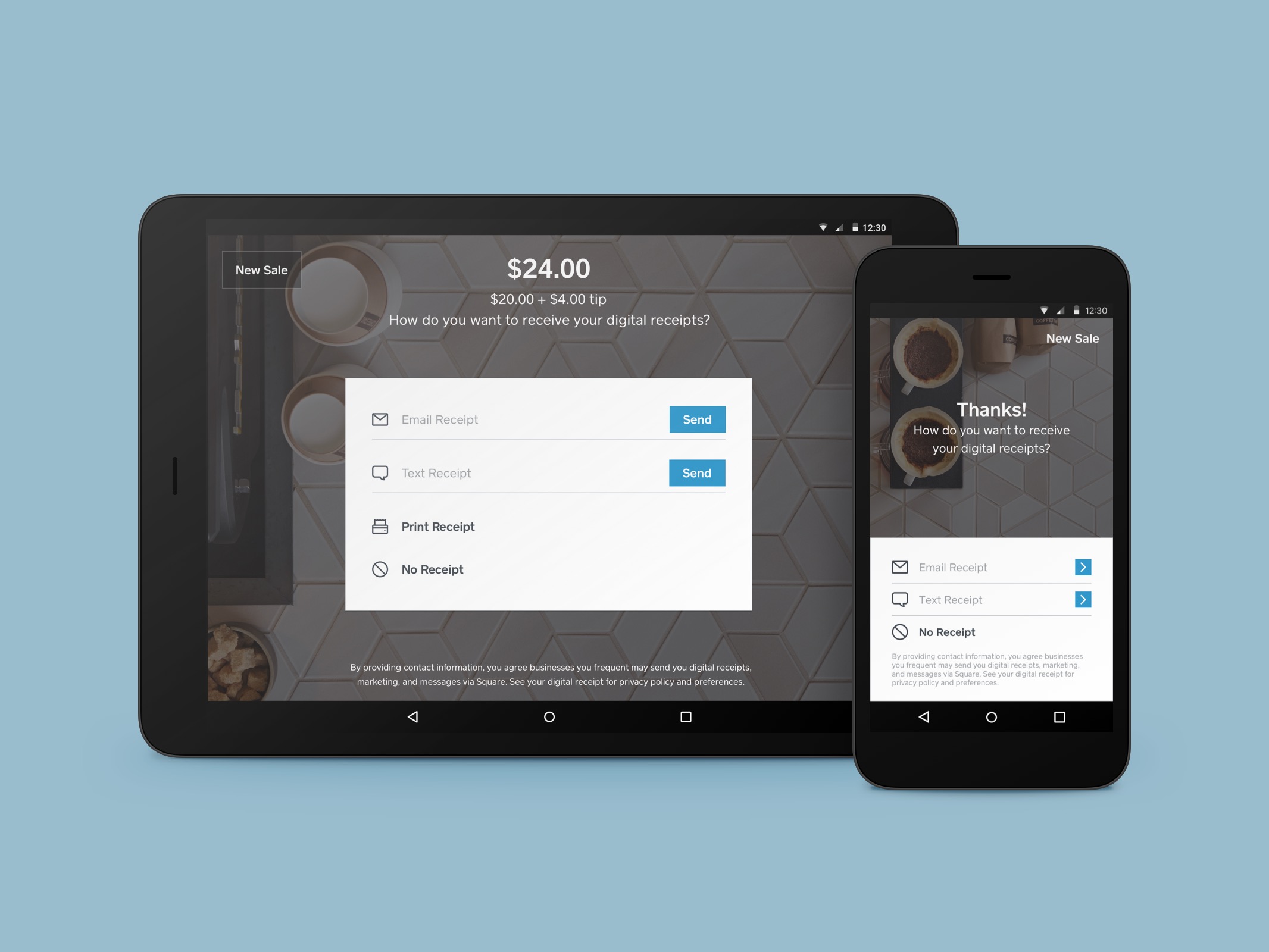 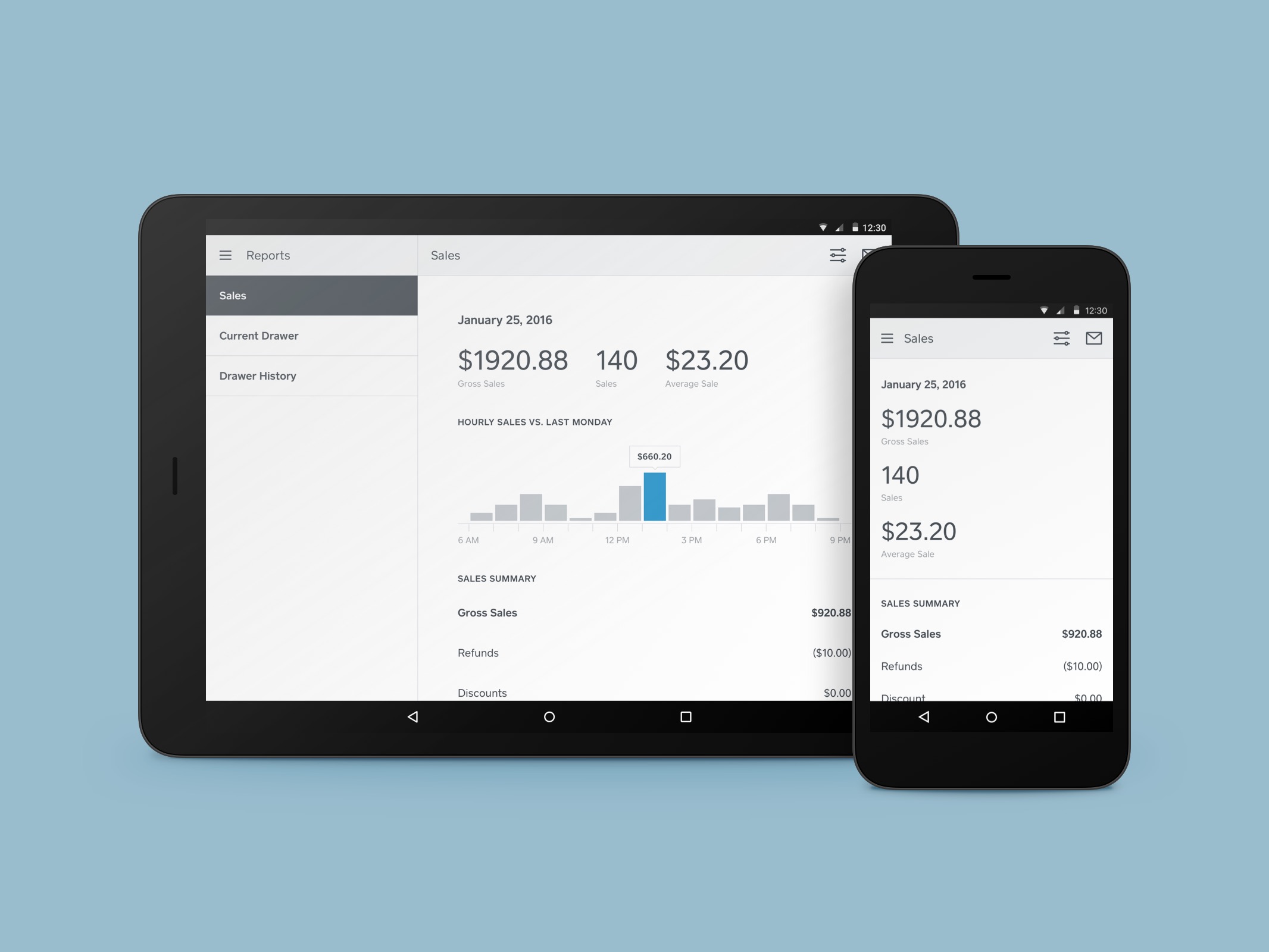